This jQuery slider was created with the free EasyRotator software from DWUser.com.

Use WordPress? The free EasyRotator for WordPress plugin lets you create beautiful WordPress sliders in seconds.

Call 407.483.1182 about your Criminal Defense or Divorce and Family Law legal needs.

For the first time in 20 years, Lawson Lamar has a challenger. Does she have a prayer?
By Billy Manes.

From an electoral perspective, he certainly is. For the last 20 years Lamar, the Orange-Osceola County state attorney and a former Orange County sheriff, has waltzed into office unopposed. Leon says that has made him unaccountable. “He’s lost perspective on his job duties,” she says. “And it’s clear that he’s full of bogus prosecutions – and I call them persecutions, because that’s what it is.”

So Leon, a 45-year-old Republican, is running against him. She faces long odds. Lamar is a well-entrenched opponent with widespread name recognition who has led a series of high-profile, yet largely unsuccessful, prosecutions over the last couple of years – against such local luminaries and institutions as state Sen. Gary Siplin, talk-show host Doug Guetzloe, the Orlando-Orange County Expressway Authority and this very newspaper.

Lamar, in fact, has shown little sign that he takes this challenge seriously. As of this writing, he has declined to participate in any candidate forums with Leon.

Indeed, Lamar’s grandstanding has made enemies, and Leon says that she’s gaining traction both inside and outside her party. But she’s also running as the anti-Lamar – and it’s not entirely clear that a vote of no confidence will be enough to propel Leon into office.

Leon charted a decidedly different course on her path to the November ballot. Ironically enough, as a young intern in 1996 she interned for the state attorney’s office, but says she left after one month because of what she calls a lack of “enthusiasm” or “passion” under Lamar’s watch. But Leon’s hardscrabble biography is perhaps her best selling point.

Born with a genetic disorder, neurofibromatosis, Leon struggled through her early years to get around. The disorder meant that she was born with virtually useless feet and had to undergo 16 surgeries to restore them, not to mention withstanding the scrutiny of her childhood peers.

At 16, Leon, her brother and her mother left Cuba to seek the American dream. She took housekeeping and waitressing jobs at the bottom of Central Florida’s tourist economy and taught herself to speak English. By the time she was 28 (and the single mother of an 8-year-old), she realized that, due to her physical condition, the service jobs were in fact killing her.

“Our immigrant perspective is different,” she says. “The way out is an education. I said, ‘You’ve got to get an education.’ I was a single mom. I never even got child support. I went to my side station at Disney and I told my friends and they said, "Are you crazy?"

That decision set off “seven and a half years of pure, enormous sacrifice.” Leon started school at Valencia Community College, then went to the University of Tampa and finally Stetson Law School on a $90,000 scholarship. All the while, she kept her jobs, raised her kid and “never had a day off.”

“The only way I was not becoming a lawyer was if I died,” she says. “The bottom line is that I maintained. I think I knew that perspective – simple, basic, elemental perspective – you don’t have to complicate things. Always look for the simplicity.”

Following her brief, failed foray with Lamar’s office (to whom she was never introduced, she says), Leon took a position at then-public defender Joe DuRocher’s office. She worked under DuRocher for three years and found his leadership skills to be inspirational. “That is the way it should be,” she says. “People get passionate about it. Because then you can bear 16-hour days and you don’t care. You do it for the principle of it. You do it for the justice of it.”

(She also worked for the current public defender, Bob Wesley. He is not supporting her state attorney bid.)

That passion for justice is exactly what Lamar is missing, she says. To illustrate, she brings up a recent ruling by a state appellate court that ripped Lamar for spending over a decade trying to seize land and property under a racketeering statute because that property had been utilized for bingo. “We are intrigued by the state’s zealousness in this prosecution,” the court said, before strongly pointing out a section of the American Bar Association handbook that reads, “The duty of the prosecutor is to seek justice, not merely to convict.”

Leon suggests that that particular fumble is just part of the pattern for Lamar. “Lawson Lamar prosecuted Gary Siplin for the wrongdoing of an employee that Siplin had no knowledge of,” she says. “Knowledge is a very simple, basic element. You must know about an illegal activity to be subject to prosecution, but if you have no knowledge, it’s insane.”

Meanwhile, Leon speculates that all might not be so well in Lamar’s own house, questioning his claims of “diversification” when just one female bureau chief carries an unfair workload of two divisions. More recently, this January Lamar showed some gall in requesting an additional $5.4 million from the state to aid in his office’s workload – this after he took $514,927 in benefits from his 2001 retirement under the state’s Deferred Retirement Option Program. In so many words, Lamar is double-dipping at the public trough.

“Think about it. This man is collecting about $20,000 a month between retirement and salary,” Leon says. “And yet he cuts his employees – the ones in the trenches. These are people who really need their paychecks.”

Asked what she would do differently, Leon stresses uniformity in plea bargaining – she considers the current process of who gets plea bargains and who doesn’t haphazard – and more lenience for first-time offenders.

“Isn’t the goal to really make people accountable for their actions?” she says. “Not ruin them so they can’t get jobs later on? Employers will not hire people that have a criminal background. … It’s just a travesty. I’m so upset, outraged. Maybe because I come from communism and I know when the government can come in and take over and you have no recourse. I think that’s why I feel so strongly about the issue. I did become an attorney to help, not to get rich. I come from everyday.”

The question, though, is how effective that populism will be come Nov. 4. Leon’s made a strong showing at the (hardly predictive) local hobnobs, and she’s kept pace with Lamar financially, raising $30,000 to his $40,000. In fact, Lamar has gone back on his campaign-finance stance and launched his own electioneering communication organization to get around donor limits. Lamar’s excuse? He told the Sentinel that it was a move designed to “level the playing field,” citing specifically that among Leon’s contributing supporters is none other than Doug Guetzloe, the Ax the Tax gadfly who was charged with 14 misdemeanors over his involvement in the 2006 Winter Park mayoral campaign. All but one of those charges were thrown out.

Leon downplays Guetzloe’s influence on her campaign. “Maybe I’m way too simple for most people,” she says. “I accept people’s help. I cannot make it alone. … If someone has an issue with Doug Guetzloe, that’s their issue, not mine.”

If you require professional legal services regarding Divorce, Family Law, or Criminal Defense issues, be proactive in protecting your legal rights by seeking the legal advice of an experienced attorney. 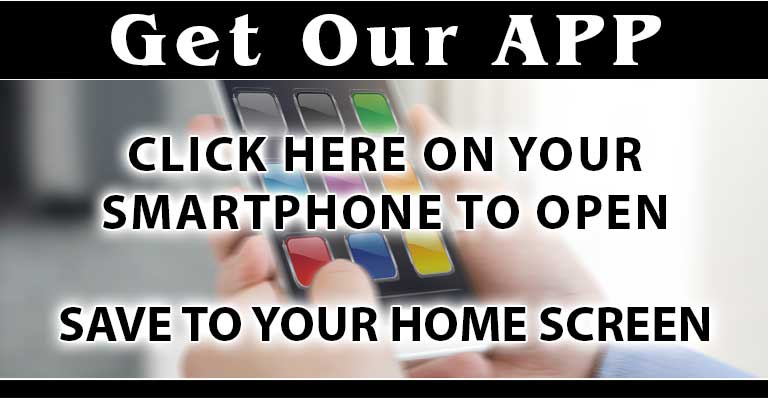 Legal Disclaimer: The hiring of a lawyer is an important decision that should not be based solely upon advertisements. Before you decide, ask the lawyer to send you free written information about their qualifications and experience.